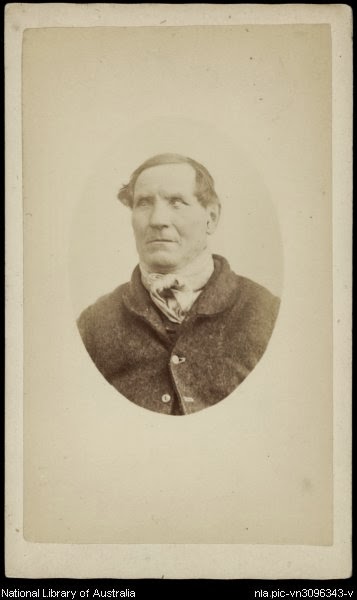 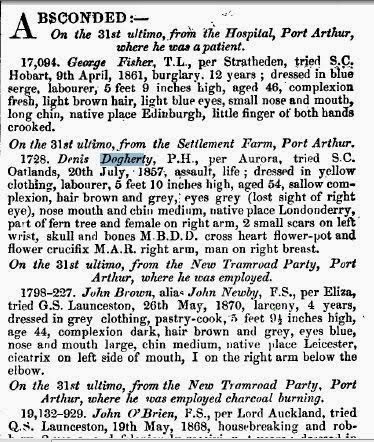 Dogherty, Fisher and O'Brien were arrested 3 November 1871. They were transferred to the Hobart Gaol in July 1873, and photographed by T. J. Nevin on incarceration.

Dogherty - his name now spelt as Denis Dougharty - was discharged with a TOL on 30th January 1876, recorded in the police gazette on 26 February 1876. Thomas Nevin took this photograph of Dogherty on discharge at the Mayor's Court Police Office Hobart Town Hall.