Mount Wellington was commonly referred to as Table Mountain by explorers to Van Diemen's Land (Tasmania) from Bligh's visit in 1791 until 1832 when Matthew Flinders renamed it after the Duke of Wellington. Under dual-naming policy, the mountain is known as kunanyi in Palawa-kani, the revived composite language of Tasmanian Aborigines. 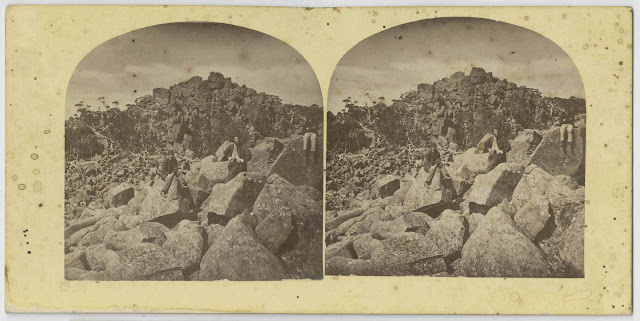 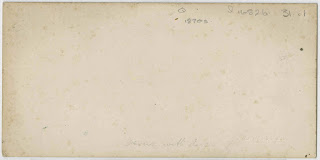 [Above] A selection of stereographs taken by Thomas J. Nevin, late 1860s, on and around the summit of kunanyi/Mount Wellington From the Tasmanian Museum and Art Gallery Collection 2015


Samuel Clifford: footsore on Mt Wellington 1865
Thomas Nevin's close friend and colleague Samuel Clifford made a photographic excursion to the Falls (Springs) half way up kunanyi/Mount Wellington on February 9th, 1865, and regretted he had not worn the appropriate foot wear. This is his note left in the Visitors' book: 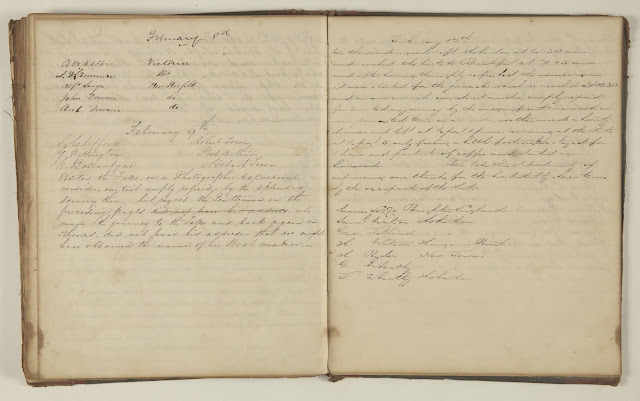 
February 9th
S. Clifford          Hobart Town
G. Wittington     Port Arthur
H. Ballantyne     Hobart Town
Visited the Falls on a Photographic Excursion, consider our trip amply repaid by the splendid scenery but regret the Gentlemen in the preceding pages [did not leave his address =  struck through] who made the journey to the Falls and back again in 2½ hours did not leave address that we might have obtained the name of his Boot maker. -

This is the place where the guide to the mountain Mr. Woods and his family resided and where the visitors to the Falls signed the Visitor's Book, photographed by Samuel Clifford on this visit or later, reprinted with the date  ca. 1873. A photograph of Samuel Clifford on kunanyi/Mt. Wellington also survives, taken by another photographer, probably his friend and collaborator Thomas Nevin. 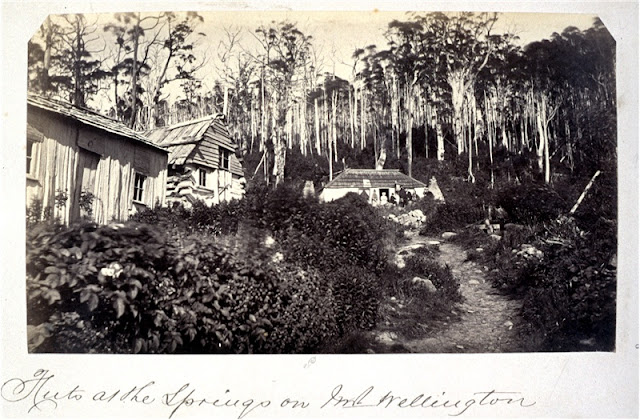 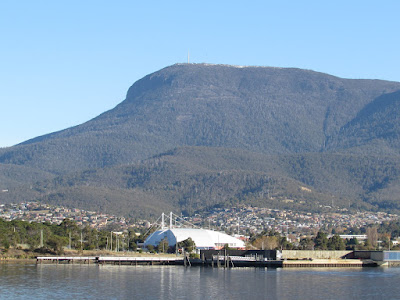