Constable William John Nevin (1851-1891), younger brother of professional photographer Thomas J. Nevin, died suddenly of typhoid fever on 17th June, 1891. The earliest date on record of his service with the police is 1875 when he was stationed at the Cascades Prison for Males, Hobart. His service continued at the Hobart Gaol, Campbell Street, as "Gaol Messenger", a rank which covered his duties as photographer, until his untimely death while still in service, aged 39 yrs old. The registrar of his death gave his age as 43 yrs old; however, his burial records at Cornelian Bay Cemetery on 19th June 1891 listed his death at 39 yrs, i.e. born 1851, and this date is consistent with the Fairlie sick lists shipping records which recorded that he was a babe in arms, less than 9 months old, when he arrived in Hobart on 3rd July 1852 with his settler parents, John and Mary Nevin, and his three older siblings Thomas, Rebecca Jane, and Mary Ann. 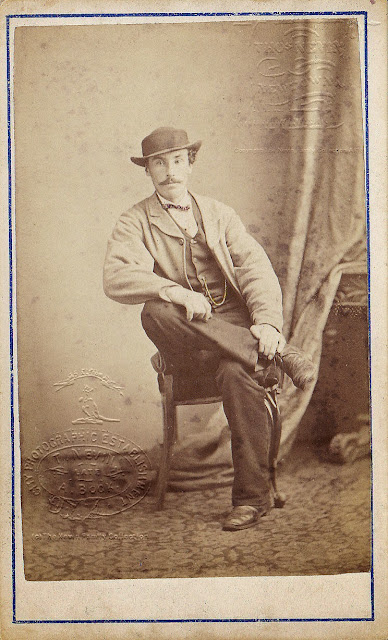 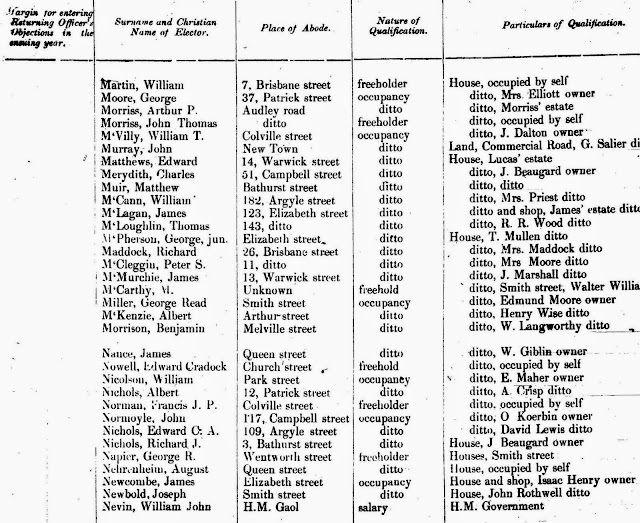 PRISONER IDENTIFICATION PHOTOGRAPHS from 1876-1891
Older brother, commercial photographer Thomas J. Nevin was commissioned by the family solicitor W.R. Giblin, later Attorney-General and Premier from 1872 to 1876 to provide the colonial government of Tasmania with photographs of prisoners while he was still operating from his commercial studios in Elizabeth St and New Town, Hobart. And from 1876 to 1880, when employed in full-time civil service as Office and Hall keeper of the Hobart Town Hall, his photographic services for police continued at the Hobart Gaol with the Municipal Police Office and at the Mayor's Court, housed within the Town Hall. Thomas Nevin was assisted by his younger brother Constable John Nevin at the Hobart Gaol in producing photographic records of prisoners until ca. 1886, his last record (to date) of service to police as assistant bailiff.

During the early to mid-1870s, Thomas Nevin deployed the conventional techniques of 19th century commercial studio portraiture in matters of posing, photographing and printing the final official prisoner identification photograph (mugshot) as mounted carte-de-visite portraits. The prisoner was usually posed with his upper torso turned 45 degrees from the photographer, with sightlines deflected to the edge of the oval mount, and backgrounded by a plain backcloth. The majority of Nevin’s prisoner photographs taken between 1872-75 evince his use of this commercial technique, for example: 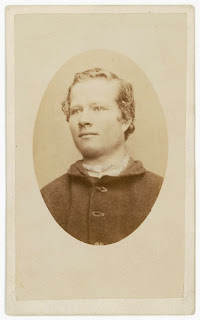 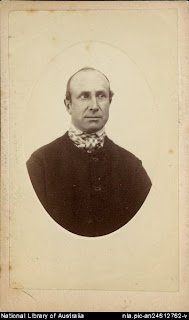 THE FULL FRONTAL GAZE
Most prisoner photographs taken in the 1880s in Tasmania required the subject to face the camera, and in some instances, show the backs of the hands clearly. The full frontal gaze marked the transitional phase between Thomas Nevin's early to mid-1870s commercial mounted carte-de-visite portraits and the 1880s prisoner photographs, taken more often than not at the Hobart Gaol by his brother John Nevin.  No full profile photographs, in addition to the single full frontal shot, were taken until the late 1890s when the methods of Bertillon took hold. 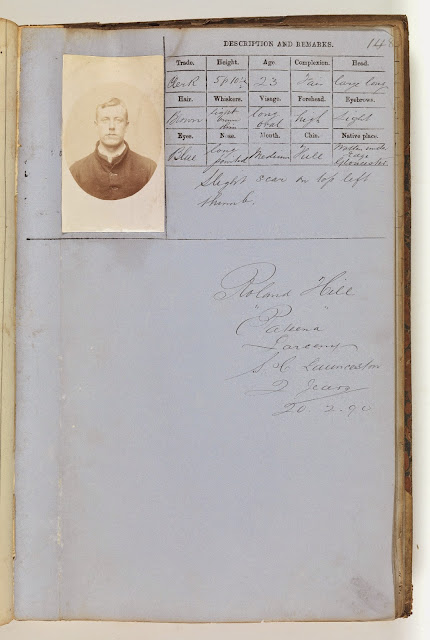 Remarkably, this prisoner identification photograph dated 1890 was printed in the commercial oval mount format, its sole difference from the earlier prisoner portraits taken by Thomas Nevin being the full frontal gaze of the prisoner. This photograph is not an old one, reprinted from an earlier photograph of the 1870s. It was taken of Roland Hill, 23 years old, a clerk and a first offender, sentenced to two years for larceny, and taken on incarceration at the Hobart Gaol by Constable John Nevin when Roland was transferred from Launceston. 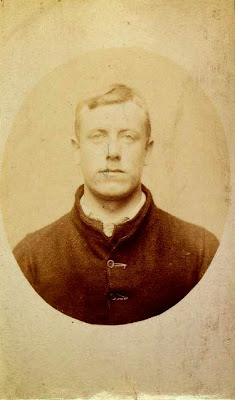 OVERLAY PRINTS
Many of the photographs in this register GD 6719 dating to 1890 were reprinted from an earlier photograph of the prisoner, some quite visibly showing the original oval mount under the second printing within an oblong mount with rounded corners. 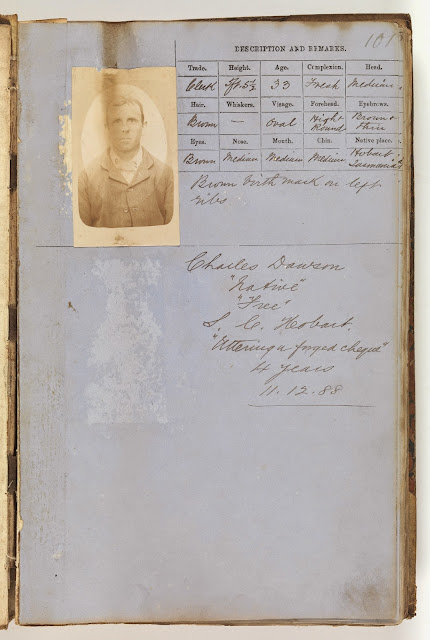 This photograph of Charles Dawson was taken by Constable John Nevin on 11 December 1888 at the Hobart Gaol adjacent to the Supreme Court where Dawson was sentenced to 4 years for uttering a forged cheque. The print from the negative was framed initially in an oval mount , and reprinted within an oblong mount, as an overlay, for reasons best known to the printers, whether at the gaol itself in Campbell Street or at the Municipal Police Office, Town Hall in Macquarie Street, or even at the government printing office and registrar in Davey Street. The duties of Constable John Nevin by 1888 was both photographer and gaol messenger. He would have conveyed copies of these prisoner photographs and criminal record sheets back and forth to any of these three authorities. 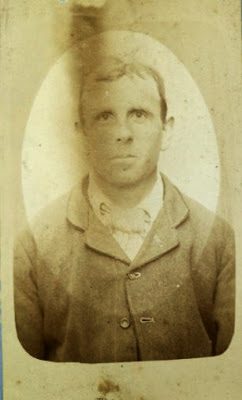