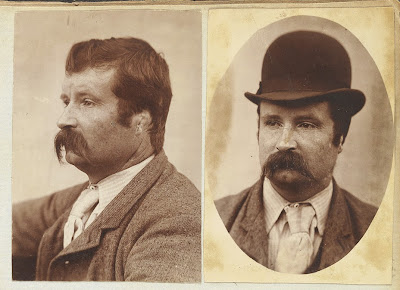 Above: William Ford, prisoner, booking photographs taken on 27 July 1886 when he was "disposed of by the Supreme Court". On the left, a semi profile photograph without hat, unframed; on the right, torso facing front, gaze deflected down and to left, wearing hat, framed as an oval carte-de-visite. Photographed at the Hobart Gaol by Constable John Nevin, produced by Thomas J. Nevin for the Municipal Police Office, Hobart Town Hall. Both photographs were taken and printed within the conventions of 1870s commercial studio portraiture, typical of Nevin's earlier mugshots of Tasmanian convicts. In 1886 Thomas J. Nevin was working with police in both capacities as photographer and assistant bailiff to Detective Inspector Dorsett, noted in The Mercury, 11 August 1886. 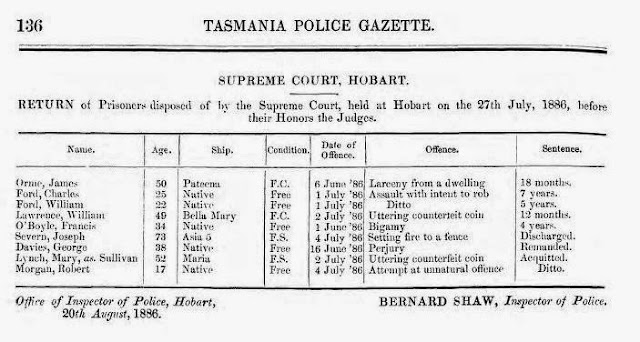 There may have been a different photograph of William Ford which was pasted to this criminal record sheet on incarceration at the Hobart Gaol, Campbell St, sentenced to five years for assault with intent in 1886. The photograph was removed at a date unknown by persons unknown from his criminal record for this offence, as can be seen. An interim criminal record sheet may have existed when William Ford was convicted again for assault with intent on 26 July 1893 within days of discharge, and sentenced to a further six years. On the other hand, the extant two photographs may have been removed in order to be posted on the updated criminal sheet notated with his criminal offences on release in 1897 when he was 29 years old. 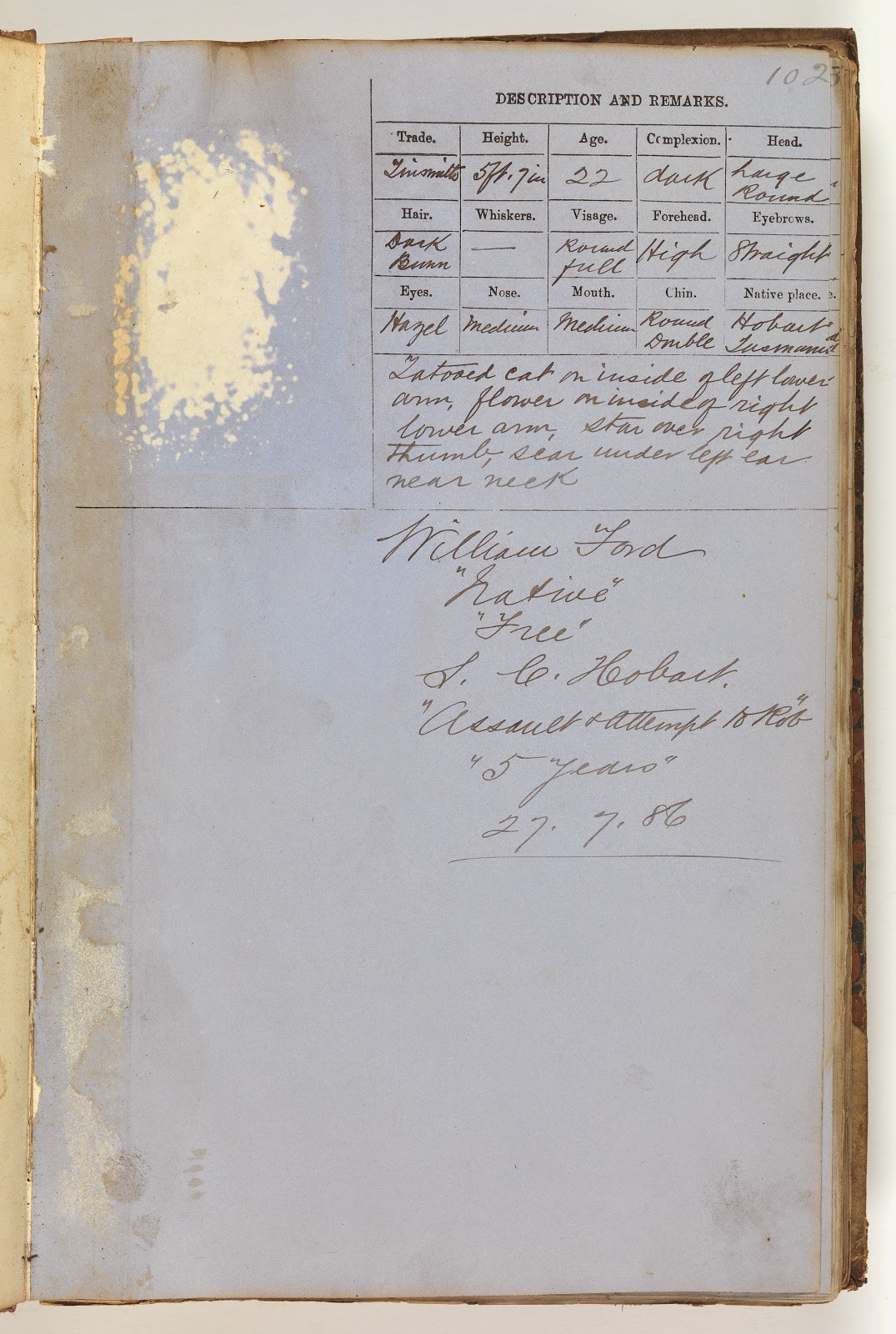 William Ford was acquitted of burglary per police gazette, 23 February 1892 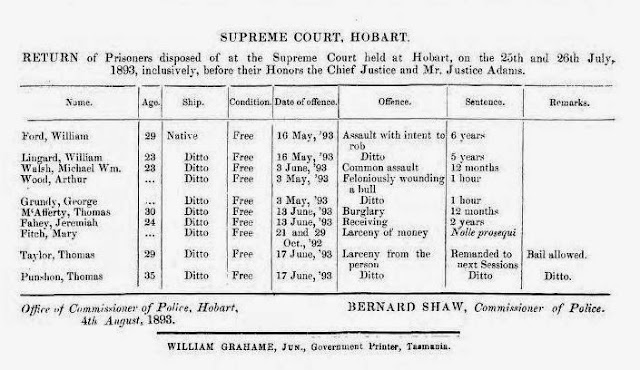 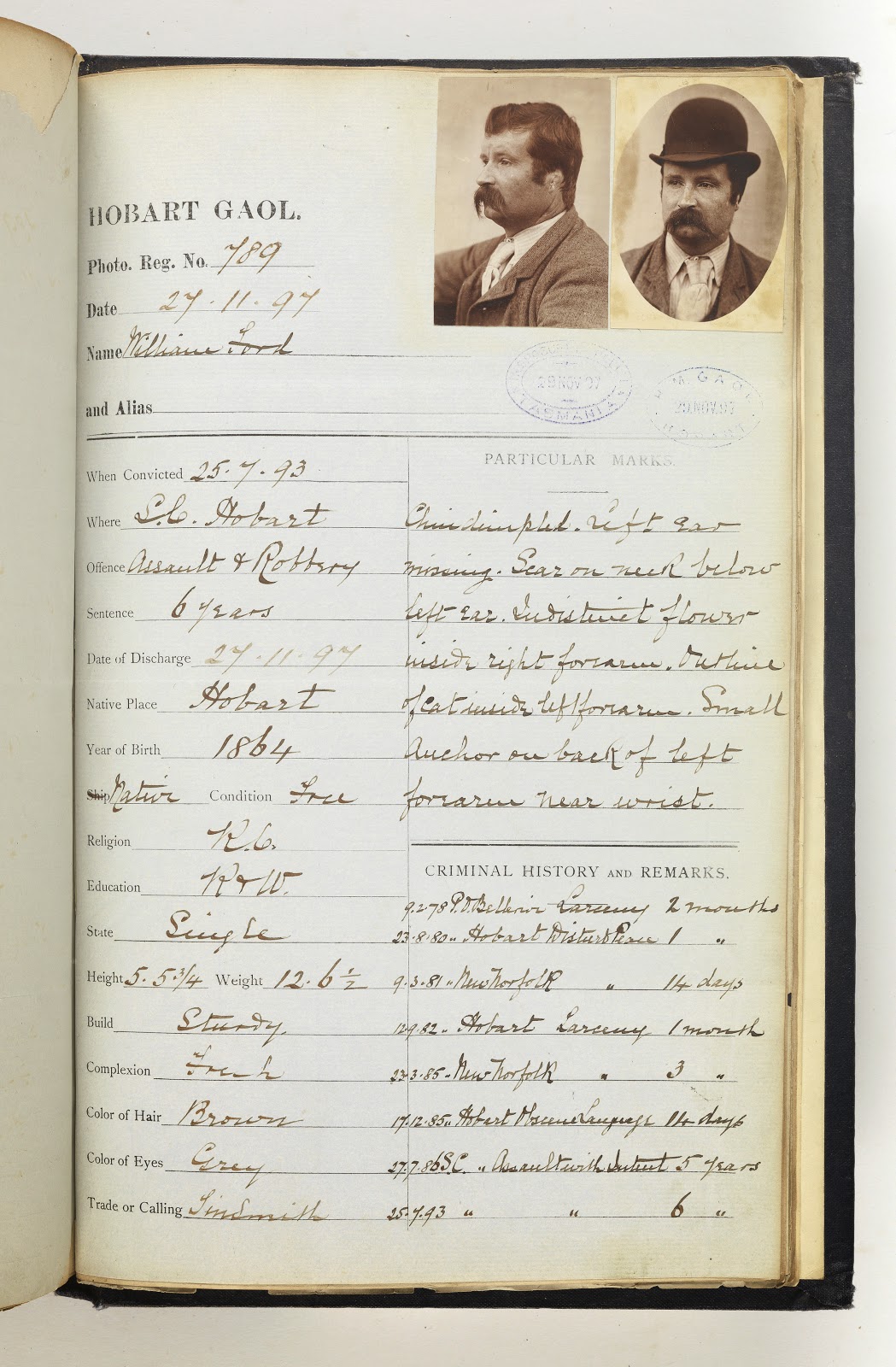 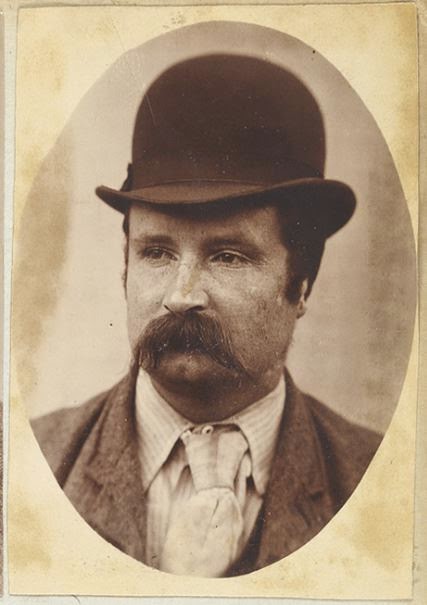 The printing of carte-de-visite portraits of prisoners as identification photographs in an oval mount was still a common format as late as the 1890s in Tasmania.

See the article on this site about the photograph of prisoner Hugh Cohen and another of Cohen by Nevin at the Mitchell Library SLNSW. The majority of mugshots in this collection were taken from the 1890s to the early 1900s. Some show the same prisoner photographed by Nevin in the 1870s but as a much older re-offender, eg. James Geary, originally photographed in 1874 and again in 1889. In addition to this selection of gaol mugshots on prisoner records , the Tasmanian Archive and Heritage Office holds over 90 copies and originals of Nevin's prisoner portraits, tagged at the National Library of Australia's Trove service.

Recent 1870s originals uploaded by TAHO (improvements on the black and white copies from the Queen Victoria Museum and Art Gallery) are these, with APA citations: 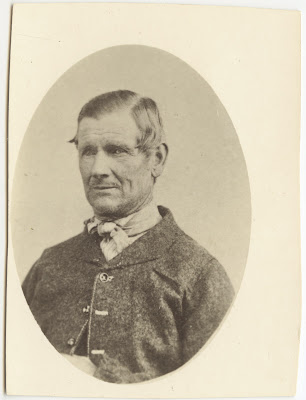 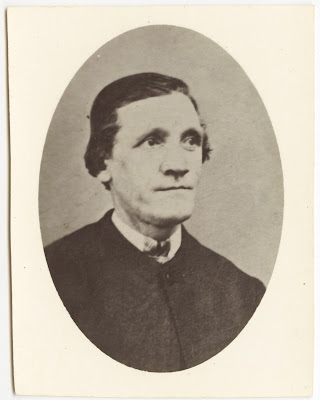 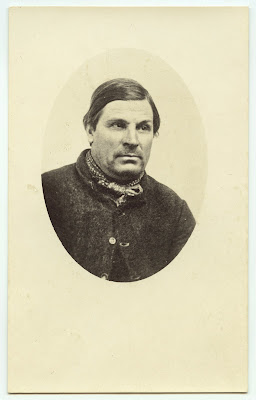 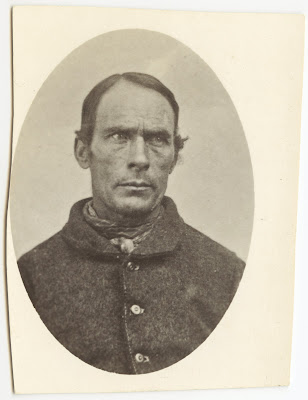 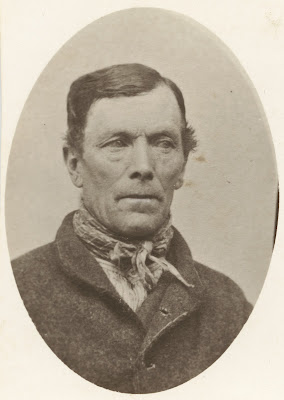 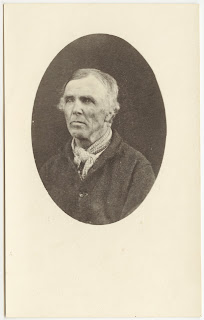 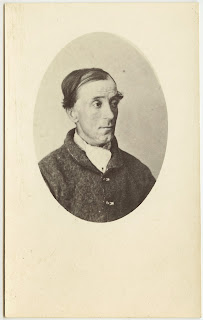 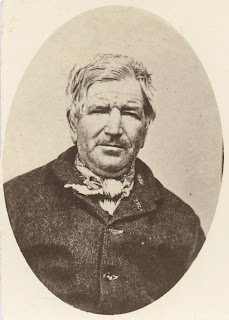