Sir Francis Smith, the death warrant, and the photographer 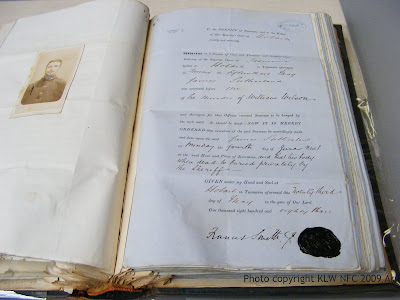 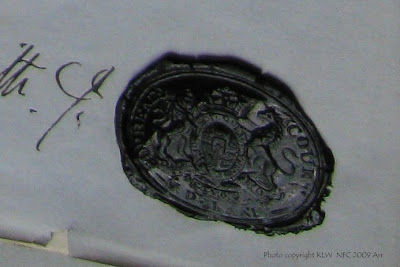 [Above]:the seal of the Supreme Court on the death warrant with Francis Smith's signature. The Royal Arms insignia of the Supreme Court also appears encircled in Nevin's Royal Arms government stamp on the verso of a number of his photographs of Tasmanian prisoners (QVMAG, SLNSW), and on the versos of portraits of government officials (TMAG, NZNL, private collections.) 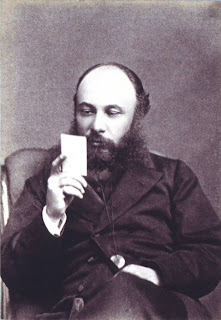 Although this photograph is accredited to J.W. Beattie (1859-1930) by the State Library of Tasmania, it is a reprint made several decades later than the original capture taken possibly in the late 1870s.  Here the Tasmanian administrator, Attorney-General and Chief Justice, who was born in 1818, looks like a man in his fifties. He appears to be about 15 years older than his earlier 1860s portrait by Reutlinger, Paris 1860s  (below) which portrays a man in his early forties. Sir Francis Smith would have been an old man of eighty years or so by the time Beattie produced his Members of the Parliaments of Tasmania series in 1895-1900, and clearly this is not a portrait of an eighty year old. It is yet another reprint by Beattie without acknowledgement to the original photographer.

In 1872, Sir Francis Smith left Tasmania on 18 months' leave. Within a month the Government Printer James Barnard (1809?-1897), had also requested leave of absence. These documents give details.


On his return to duty in Hobart, 1874, Sir Francis Villeneuve Smith served the Governor Charles Du Cane as administrator, although he was soon to become involved in a controversy between the Governor and the judges, on matters of pardons, remissions and reprieves of offenders. Revised instructions ...


... defined the Executive Council as the responsible advisers of the Governor, and required that he should be guided by their advice, except that he could act against it if he saw "sufficient cause"; laid down the classes of legislation to which he could not assent, and required that he should not give his assent to a bill unless he had had previous instructions from the Secretary of State to do so, unless it contained a clause suspending its operation until the Royal pleasure was known, or unless it was a case of "urgent necessity". The Governor must still use "his own deliberate judgement" in considering in the Executive Council whether an offender under sentence of death should be pardoned or reprieved. (AOT Guide to Records Chapter 2)

And by December 1877, Governor Frederick Weld was objecting to the possibility of Francis Smith as Chief Justice becoming the Administrator. With support from "a large and influential party" they looked upon Sir Francis Smith -

" ... as their political opponent, and the personal enemy of their leader (Reibey). "... this combined with his unmeasured hostility to myself personaIly ... & still more the means he uses, would render it inexpedient on public grounds for me to leave the Government or the private records of the Governor's Office in his hands." Weld therefore suggested that it would be far less objectionable for a President of the Legislative Council than for a Chief Justice to act in the place of the Governor." (AOT Guide to Records Chapter 2)

The Governor's Secretary for the Penal Establishments was Charles Torrens Belstead, 1 May 1869 - 1877; it was during his term that the transition of imperial convicts to colonial government supervision occurred.

Given that this photograph was sourced in Tasmania by Beattie ca 1895, it was most likely taken by a Tasmanian photographer. From May 1873, at the time the decision was made by the Chief Justice to accelerate the transfer of paupers and prisoners at Port Arthur to the Hobart Gaol under the supervision of the Surgeon-Commandant Dr Coverdale, the photographer contracted at the Hobart Gaol was T.J. Nevin. The paupers were not photographed and were housed in welfare depots. Most of the transferees - 109 in all - were received at the Gaol where Nevin produced a "booking photograph" on arrival if the prisoner was not photographed at his Supreme Court trial.Those with TOLs on assignment who absconded and worse earned another sentence of imprisonment on capture and a further mugshot by Nevin.

Nevin's studio stamp for the contract which appeared on the verso of these prisoner cartes was printed with the Royal Arms nsignia which government printer James Barnard used on official prison regulations documents. The photographer of this portrait of Sir Francis Smith was in all likelihoodThomas Nevin. And the carte Francis Smith is holding may be one of the several hundred of Tasmanian prisoners taken by the brothers Thomas J. Nevin and Constable John Nevin over the decade 1873-1884 for the Hobart Gaol and Supreme Court, and the Municipal Police Office at the Town Hall. The carte he is assessing here may be the one pasted next to James Sutherland's warrant, or one of George Fisher, the prisoner who broke into Sir Francis Smith's home in August 1877, and stole personal property, including clothing. Fisher was sentenced by Sir Francis Smith to 12 years at the Hobart Gaol.

APPENDIX A
Succession of Governors etc, 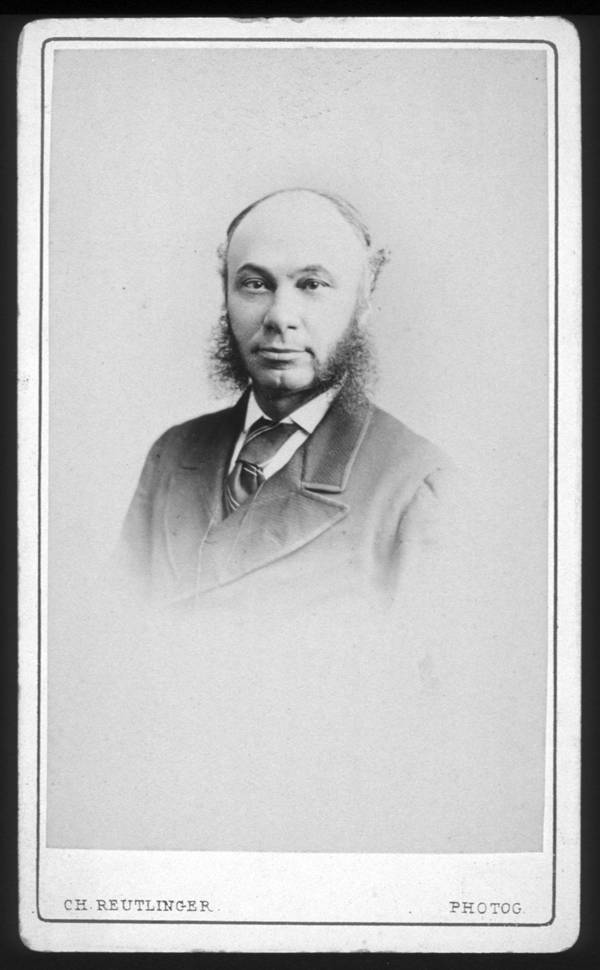