Prisoner Charles GARFITT and the QVMAG 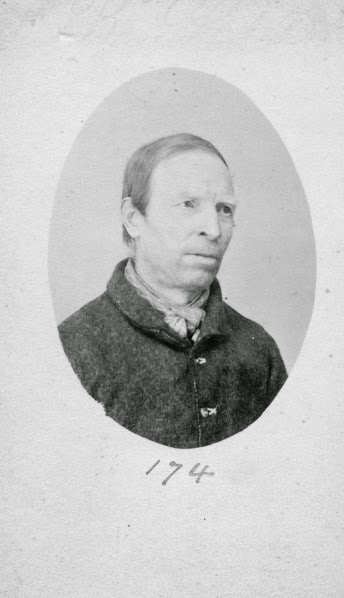 A photograph and carte-de-visite of Charles Garfitt, taken and printed by Thomas J. Nevin at the Hobart Gaol in February 1873, was among the 200 or so prisoner identification photographs donated to the Queen Victoria Museum and Art Gallery from John Watt Beattie's estate in 1930. Although some of these prisoner photographs arrived at the QVMAG still attached to the prisoner's criminal record sheet, the QVMAG has not digitised any of the complete records to which these photographs were attached, nor even acknowledged holding them, despite clear statements by the researchers Geoff Stilwell and John Mcphee of their existence when preparing the 1977 exhibition of these mounted carte-de-visite portraits by Thomas J. Nevin, all sourced from the Beattie Collection. 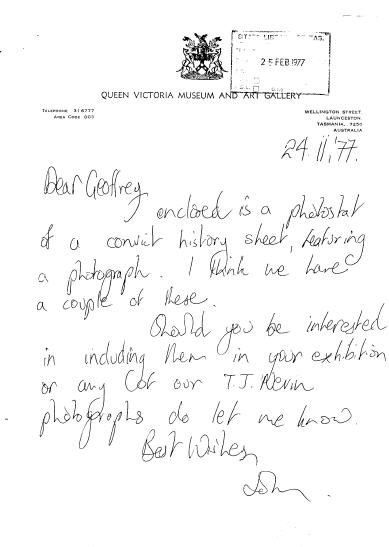 Dear Geoffrey,
Enclosed is a photostat of a convict history sheet, featuring a photograph. I think we have a couple of these.
Should you be interested in including them in your exhibition or any of our T.J. Nevin photographs, do let me know. 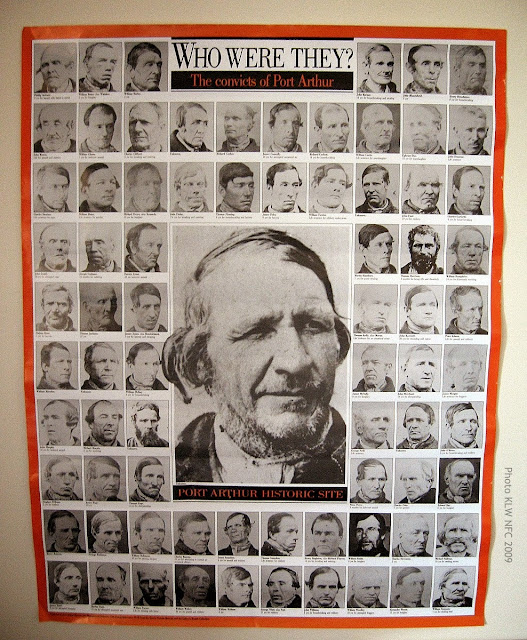 Charles Garfitt's photograph was reproduced in duplicate by Nevin from his original negative taken at the Supreme Court sittings and Oyer sessions , per government regulations (up to 25 were required in NSW). This one may be a loose duplicate, but it is unlikely to ever have existed without being pasted to Garfitt's prison record, whether in a regional police office, or at the Hobart Gaol and the Office of Police, Hobart Town Hall. It was removed and transcribed with "Port Arthur" and "1874" in order to attract tourists to the Port Arthur site itself in the 1890s, and to John Watt Beattie's convictaria museum in Hobart in particular in the early 1900s. Once acquired by the QVMAG in 1930, this cdv and the 200 or so like it held in the Beattie Collection were handled further and transcribed with more numbers verso and recto, many even copied: in 1934 for an exhibition of Beattie's work in Launceston; in 1958 for storage; in 1977 for the Nevin exhibition; in 1982 for the PAHSMA poster; in 1985 for the National Library of Australia's exhibition; in 1987 for the Tasmanian Museum and Art Gallery, Hobart, who requested originals and copies, and again in 1995 for the TMAG publication of Tasmanian Photographers 1840-1940; and finally for digitisation post 2000. Many of these dates and archivist's numbers are visible on both recto and verso. Oddly, those museum and library workers still alive today will not come forward with an honest account of their involvement; to do so might eradicate the flim-flam arising in the 1980s as a "belief" (!) about  the corrupt Commandant of Port Arthur, non-photographer A. H. Boyd being the "author" of these mugshots (Chris Long, Warwick Reeder), reaching hysterical heights in 2007 as pure nasty politics at the NLA (Julia Clark, Margy Burn), that has only magnified the charismatic hold Thomas Nevin's mugshots of Tasmanian prisoners can have on simple minds. After all, his work was greatly admired by Beattie, in the first instance, and that is why these mugshots have survived today from the 1870s. 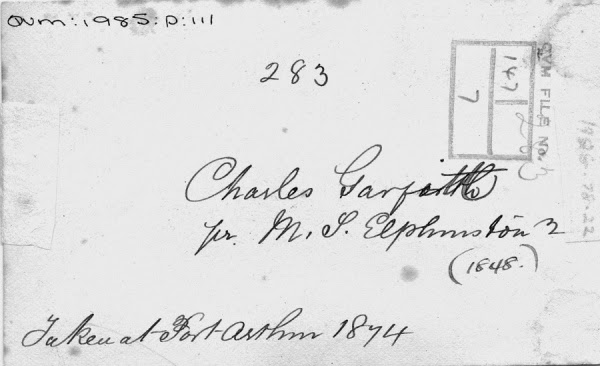 Charles Garfitt and Thomas Griffin, report of January 10th, 1873. This police gazette notice states that Garfitt stole property from Samuel Butterworth but it was recovered by the Hobart Territorial Police.

Charles Garfitt per M.S. Elphinstone was arrested for larceny and convicted on 23 January 1873, two weeks later tried at the Supreme Court Hobart.

Charles Garfitt was tried at the Supreme Court, Hobart for housebreaking, sentenced to 8 yrs on 18 February 1873. He was photographed by Nevin on imprisonment at the Hobart Gaol in that week.

Charles Garfitt was discharged from the Hobart Gaol on 28 August 1878. Two years later he was tried again at the Supreme Court Hobart for breaking and entering a dwelling.

Charles Garfitt was discharged from the Hobart Gaol on 12 December 1885, having been tried again and convicted at the Supreme Court Hobart on 14 December 1880 for breaking and entering.

Michael Gilmore was also discharged on 12 December 1885. Two different photographs of a prisoner called Michael Gilmore were taken by Nevin, but not of the same man. See this article.