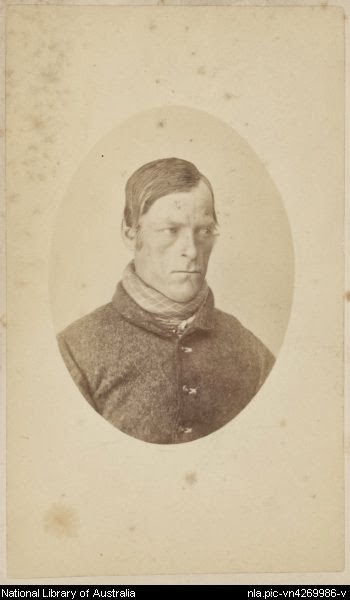 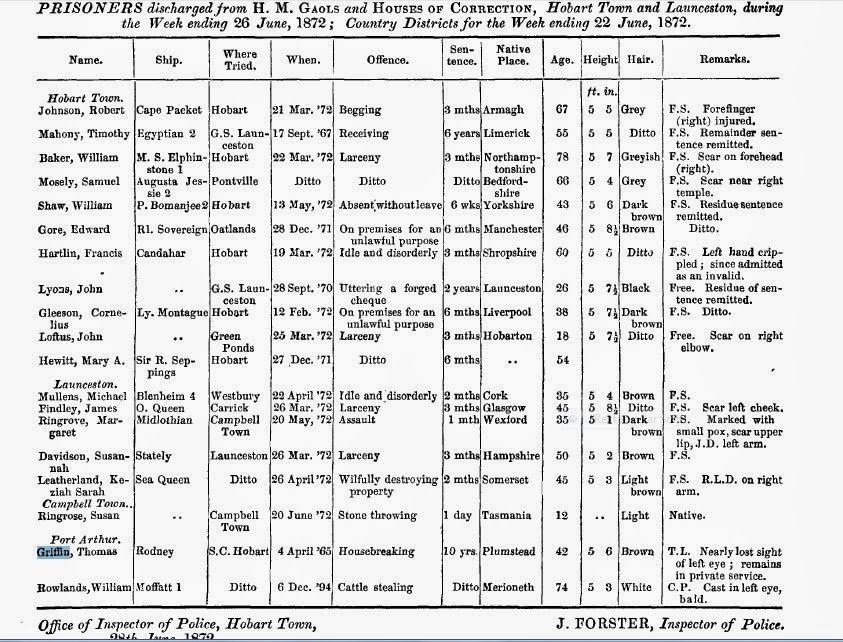 Thomas Griffin per Rodney 2 was discharged from the Port Arthur prison on 22-26 June 1872,  with a ticket of leave. He was not photographed at Port Arthur, despite the inscription on the verso of his photograph - if the NLA Catalogue notes have been literally transcribed, that is, which is often not the case with these photographs of prisoners bearing the 20th century archivist's incorrect information, errors further compounded by the NLA's batch edit of all 84 of their collection with the same date and place - "Port Arthur" and "1874" . Griffin's TOL was recorded earlier, on the 12 June 1872. His crime, committed in Tasmania, was housebreaking. He remained in service at the Military Barracks (Anglesea Barracks, Hobart) until he absconded on 6th January 1873. When he was found and arrested at Glenorchy by both the Hobart Police and Territorial Police, he was incarcerated at the Hobart Gaol where Thomas Nevin photographed him at trial in the week of 10 June 1873. The photograph shows clearly Griffin’s blind left eye. 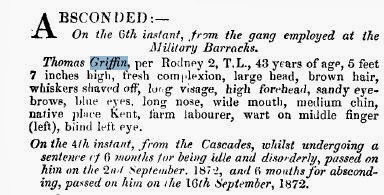 Thomas Griffin was arrested and photographed by Nevin at the Hobart Gaol, 10 June 1873. From then on, Thomas Griffin was in and out of prison on a regular basis until at least 1885 for crimes such as larceny, idle and disorderly, indecency and unlawfully on premises. 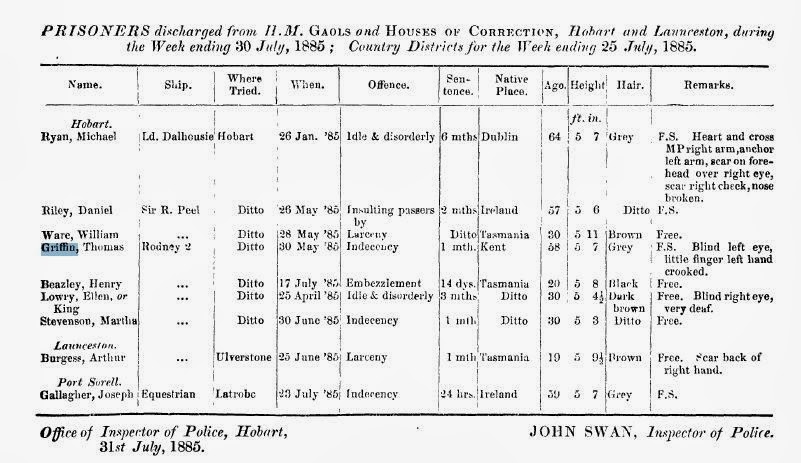 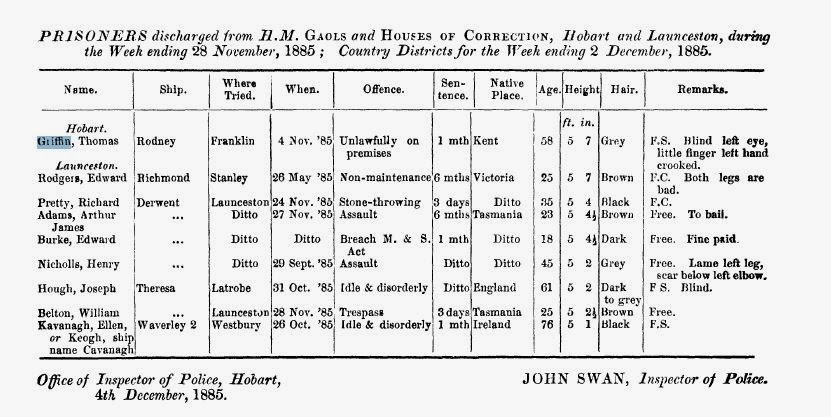