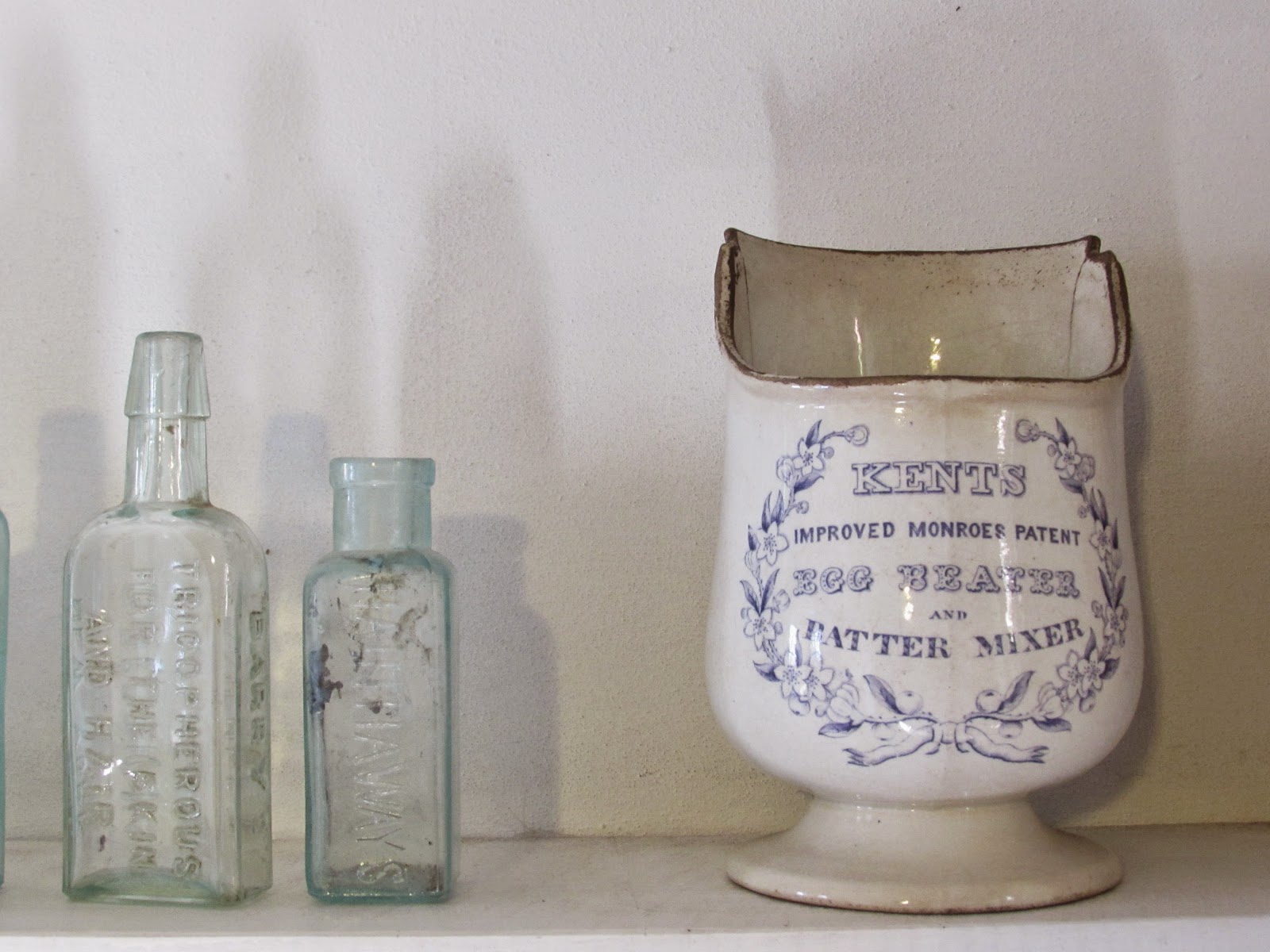 Tasmanian photographer Thomas J. Nevin began his professional career in the 1860s within a cohort of amateur and commercial photographers who produced enduring images using the latest contemporary equipment, papers, and printing processes. Their sources of information were journals such as The Photographic News 1863 etc. imported from British and intercolonial photographers' societies. The albumen process was commonly used by Nevin in vignetted and upper torso studio portraiture in the 1870s for both his private clientele, and for his commission from the Colonial Government to supply prisoner identification photographs for police.

This how-to extract is from THE LIVERPOOL AND MANCHESTER PHOTOGRAPHIC JOURNAL. Vol. 1, 1857, p.213

ON OBTAINING PURE WHITES ON ALBUMINIZED PAPER.
MR. TUNNY has, in answer to an enquiry in Photographic Notes, given one of the best accounts of the preparation of albuminized paper that we have seen. He says, "I always prepare my albuminized paper with the pure white of eggs, which I believe to be preferable to all the cheaper compounds that have been substituted for it. Take any quantity of albumen with double the quantity of water, adding eight grains of chloride of ammonium to each ounce of the mixture. Whip up with a bunch of quills into a froth. The albumen will subside in an hour or two, then filter through a piece of fine linen cloth that has been previously slightly singed over a spirit lamp. Pour the albumen into a flat dish and float the paper for about three or four minutes, having previously folded back one of the corners of the sheet in order to keep it from coming into contact with the albumen. If the paper is pinned up by this unalbuminized corner, it will dry without the least streak or imperfection, but if the albumen conies into contact with the pin. a drip will begin which will end in innumerable streaks. By this precaution much paper may be saved.
"The albumen containing the above amount of chloride requires about sixty-five or seventy grains of silver to render it sensitive. I print in the usual way, a little deeper than the finished print.
"The print when taken from the printing frame is thoroughly washed from all free nitrate of silver. Make certain of this, to make the fixing process as economical as possible,, which should not be expensive if carefully done: The washed print is put into a chloride of gold bath, two grains to five ounces of water. In this bath the picture will readily change colour and slightly lower in tone. After it is reduced to the required tone it is passed through water, then placed into a new hypo-bath--four ounces to ten ounces of water. The print will be perfectly fixed in fifteen minutes. Taken from this bath it is repeatedly washed with cold water, then thoroughly with boiling water. The French and German papers get from fifteen to twenty waters, the English papers part more readily with the size, and consequently fewer washings are necessary to fix the prints on it.
"In order to secure perfect whiteness it is essential not to use the hypo bath when above a day old. The whole secret of retaining the clearness of the whites, being in always using a new strong pure hypo bath. By the above process I never fail in obtaining the whites pure.
"I may mention a curious circumstance of hyposulphite of soda. In some I got lately every picture that I fixed possessed that yellow old cheese-like appearance that has been so often complained of, while another sample of hypo gave me prints of absolute whiteness. In testing the solvent powers of these two I found that the first possessed only the half of the solvent power of the latter, viz.; it took double the quantity to dissolve twenty grains of chloride of silver in a given quantity of water. Whether the soda possessed other impurities I have been unable to detect."


This beautifully animated silent exposition of the albumen photo process (s.XIX) is from the Museu del Cinema (Spain) with subtitles. 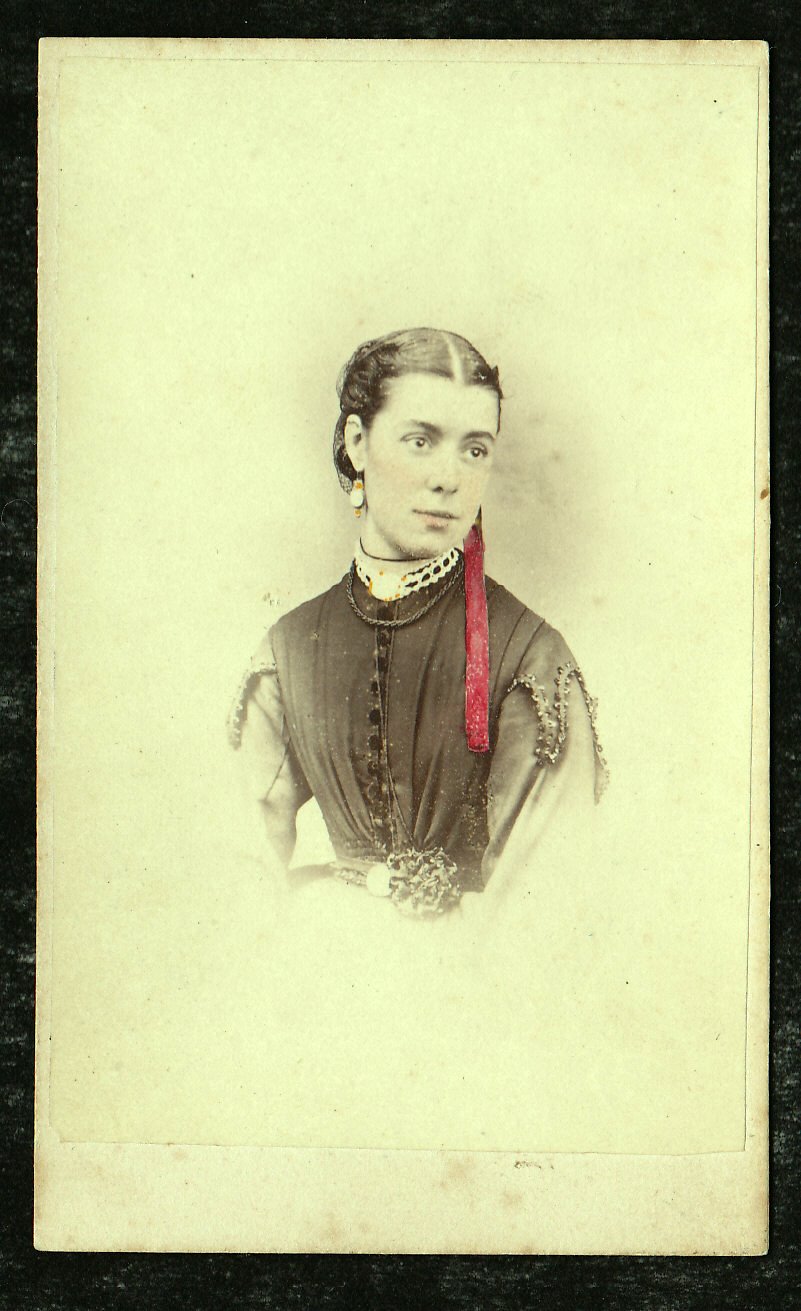 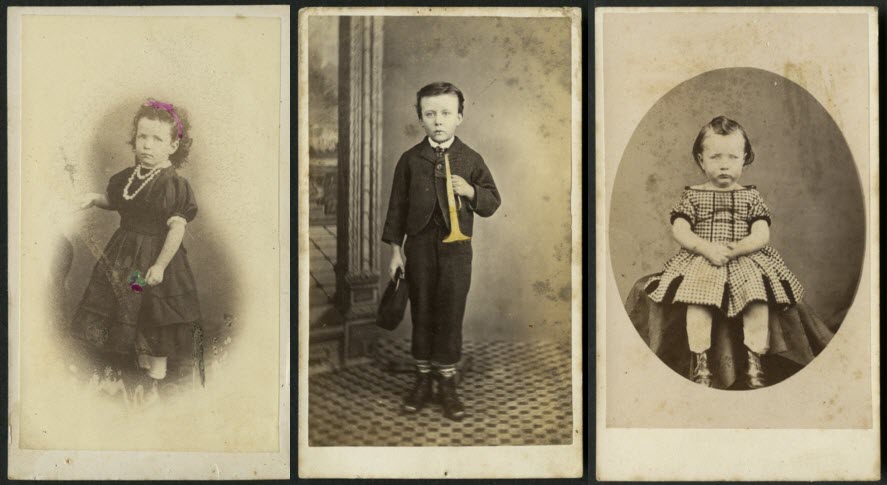 Read more in this article: T.J. Nevin's portraits of the McVilly children 1874
Courtesy of the National Library of New Zealand 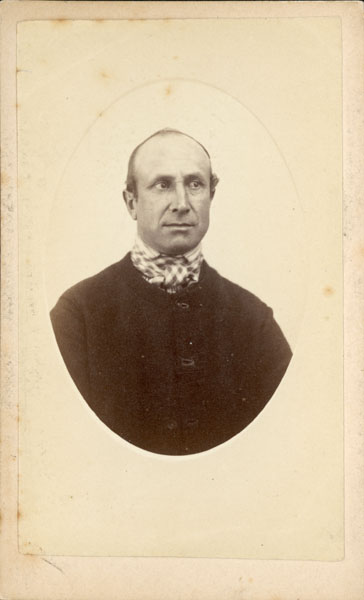 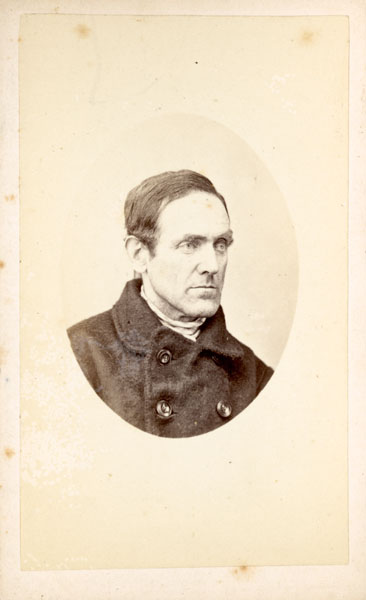 Left: John F. Morris was originally transported to Tasmania before 1853 on the ship the P.Bomanjee 3. He was convicted at the Supreme Court , Hobart, on the 9th April 1861 for murder and sentenced to life imprisonment. He was photographed by Nevin on discharge from the Hobart Gaol, 28th April, 1875, residue of sentence remitted.

Right: George Fisher was photographed by Nevin on discharge, 15th April 1874 at the Municipal Police, Hobart Town Hall, when Fisher was "enlarged" with a ticket-of-leave. On 2nd December 1874, he was arraigned and sentenced to 12 years for forgery and uttering at the Supreme Court, Hobart

Read more about these two photographs in this article: "In a New Light": NLA Exhibition with Boyd misattribution 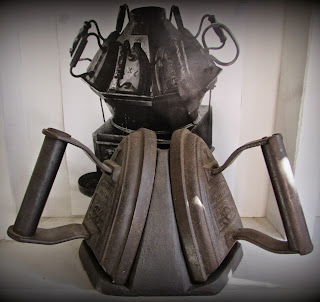